In an attempt to stop online abuse on footballers, Chelsea striker Romelu Lukaku has called on the CEOs of social media companies to have a time with leading Premier League stars to rob with minds on ways to tame the surge of online abuse.

Platforms such as Facebook and Twitter have implemented several new measures in recent months, such as being able to limit who can respond to posts, but star players in both the men’s and women’s games still regularly find themselves subjected to racist, sexist and homophobic abuse, as well as death threats.

This issue is personal for Lukaku who stated this in an exclusive interview with CNN Sport, who has been targeted by racist fans in the past, and the Belgian international explains why he wants to be more directly involved.

“I have to fight. “Because I’m not fighting only for myself. I’m fighting for my son, for my future kids, for my brother, for all of the other players and their kids, you know, for everybody.”

Lukaku believes it’s now time for all parties — footballers, social media companies and governing bodies — to come together and take on the responsibility of ending the abuse.

“The captains of every team, and four or five players, like the big personalities of every team, should have a meeting with the CEOs of Instagram and governments and the FA and the PFA, and we should just sit around the table and have a big meeting about it,” Lukaku says.

“How we can attack it straight away, not only from the men’s game but also from the women’s game.

“I think just all of us together and just have a big meeting and have a conference and just talk about stuff that needs to be addressed to protect the players, but also to protect fans and younger players that want to become professional footballers.” He said. 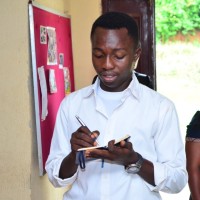