Grammy-winning Nigerian singer, Damini Ogulu aka Burna Boy is currently under investigation after the news made rounds that his security team allegedly shot two persons at Cubana Club in Victoria Island, Lagos.

According to multiple witnesses, the singer was in the VIP section with some ladies when he spotted another woman and asked one of his escorts to invite her to his table. An argument ensued between Burna Boy and the lady’s husband who was clearly infuriated by the singer’s action.

“As things were getting heated, Ibrahim, one of his security team brought out his service pistol and shot multiple times while Burna Boy was laughing”, said a senior policeman.

In the process, 27-year-old Lawrence was shot in the thigh while his friend, Tolu, was hit in the head by a bullet. This caused a commotion in the club.

Confirming the incident, the spokesman for the Lagos State Police command, Benjamin Hundeyin, said the focus of the investigation was the policemen. Hundeyin said that the police had not received complaints from any victim.

Nigerian pop star, Omah Lay has revealed that Burna Boy will not feature in his upcoming album.

Omah Lay stated this during a question-and-answer session on Instagram when a fan asked him if Burna Boy would feature on his soon-to-be-released album, the singer replied, ” E dey, but I go remove am.”

Reacting to the news of his involvement in the recent shooting, Burna Boy took to his Twitter page and said, “Nigerian Social media can say BURNA BOY started Boko haram, e no go shock me.”

Netizens in like manner took to the comment section to air their thoughts on the issue. Here are the few ones we got: 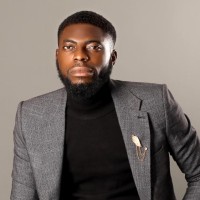