Most of the countries celebrate it on the first of June. Nigeria celebrates on May 27.

However, Universal Children’s Day is held on November 20.

This year, Magodo South West organized a bash for all their children to mark the day. And just watching how happy the children were was a huge contagion.

As can be seen, the event center was donned up not only with everything that children can amuse themselves with, but also with lots and lots of delicacies.

Universally, children are so easy to please. Just a look at the set up of the Children’s Day fun fair is enough to buttress the point.

The fun parts included hugging a partner, which apparently engenders love. But the show host made a game out of it which really thrilled the children.

That was followed by partner lifting. And that too was something the children found highly entertaining.

A top member of the Magodo SW exco, Abimbola Osoba was the first to speak to Citymoods.

The catwalk was an extension of this. And it was all laughter galore.

While the catwalk was going on, a parent, Mrs Waleola Bello spoke to us, expressing her appreciation to the organizers for the initiative.

The excitement got higher with more snazzy competitive games, keeping the children busy and entertained.

An excited child, Joseph Onafiye told us this…

And then an excited member of the social committee, Mrs Nwachukwu spoke to Citymoods.

And Mrs Nwachukwu was right, as what came next shows. Yes, even the adults had great fun alright.

Other parents, Mr. Kayode Bello, Mr. Ola Onofuye, and Sunday Michael all corroborated what the others had said so far…the day was a success.

Then came the tug-of-war. And like all the rest games, the children excitedly engaged in it.

Lapo Akinbobola, another member of the social committee told us she was happy with the turn out.

Donald Ikagbo, another child who had had so much fun summed up what was put together for them all to have enjoy.

Here is another example to show that parents were fully involved in the fun…another fun game for the parents alone.

As that went on, another excited child, Angella then spoke to us.

Finally, the social director, Alice Onasanya summed up how the day turned out.

And Citymoods is proud to have been there to bring this all to you. 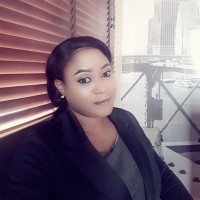 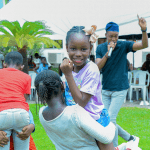