There are so many wounded people walking around these days
*Stronging* their faces
Pretending to be well
Some have perfected the act of hiding behind the curtain like the Wizard of Oz
They are busy doing ‘odeshi’
Yet, they are in so much pain
You can almost see through the façade
They want to cry out but stop themselves each time
And the wound keeps festering
They have so much negative energy
So much sourness and resentment in their being
Like a contagion
Some are suffering chronic illnesses
Some are ruing their broken relationships, lost businesses, lost opportunities, lost dreams or just mourning loved ones who had passed
We see them sometimes and we are quick to judge them
We are quick to sit in our living rooms and diagnose their problems
We’ve all become armchair diagnosticians
We dismiss the wounded as timewasters, chronic complainers, hypochondriacs, drunkards, ganger smokers…
So, they are almost always bottled up
Always prone to occasional wild explosions
Sometimes, they are the first to smile at you
The first to laugh at humorless jokes
But it’s all part of the play, really
They are play-acting most of the time
They fake it to make themselves look normal and therefore acceptable
Society doesn’t understand them, nor does it try
Society doesn’t give two shits about the wounded
We are always shocked when they occasionally explode and throw tantrums or start acting crazy
So to avoid our judgment, they’ve learned to mask up and keep hiding their pain
They seldom share their burdens or seek professional help
Yaba Left has a plethora of mental health experts and emotional therapists
But they would never go to Yaba Left, God forbid
That place is for mad people, they think
They’d rather go to church or some dibia shrine in some forest village
And the wound continues to fester
The hurt deepens…
***********
A close cousin of mine tried to reach out to me a while ago
I had to literally pry his mouth open with a crowbar so he could spill the beans
He wasn’t sure how I would react to his story or whether I would go on to tell other people
His wife didn’t want to live anymore, he said
She was getting no answers from anywhere for the severe emotional pain she was suffering
I’ve had to hastily abandon one WhatsApp group chat to which I was added without my consent
Before I left though, I took one look at what the fuss was about
I literally saw people screaming and laughing at the same time about their inability to sleep
Some complained about their family’s demands on them which they naturally feel compelled to do, even when they themselves are in levels of pain that they wanted to literally hit a wall
Hmmmm…
When we are wounded and pretend to be fine, we end up further isolating ourselves from answers, from needed help and needed diagnoses
In our desperate self-help drive, we often fall victim to all manner of quackery and fake miracle workers
INVISIBLE WOUNDS cut deeper
Sometimes, it’s the little things that actually make it better
A mere phone call to a friend or relative whom you haven’t spoken to in a while
A simple text to say ‘hi’ ‘how you dey’ ‘how bodi’ ‘I dey miss you sha’ ‘I’m thinking about you’
Weak support system, issues of isolation, they will always be with us
But if we reach out often and try to find one another, we might just find some solace
It may not be enough, of course, but it goes a long way
The people who are ‘mad’ will continue to outnumber those who are not as we keep up the pretense
Pretense makes the wound more infectious
In the end, e go reach everybody
Na all of us go mad las las
Post Views: 123
0
Shares 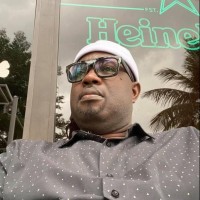